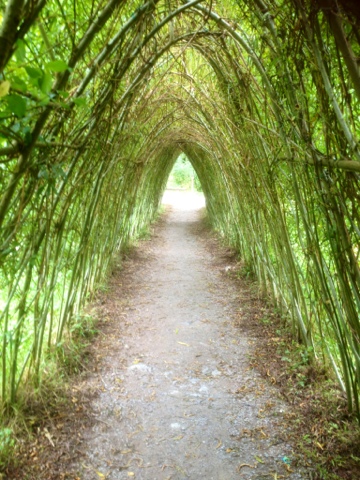 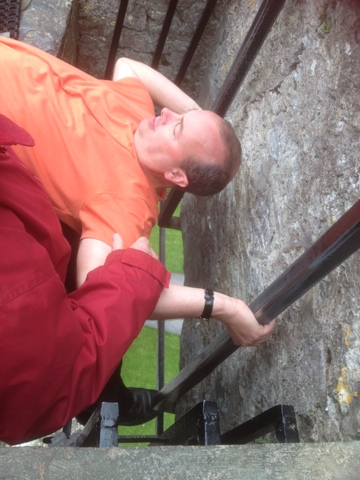 So we caught a bus to the Blarney Castle about 30 minutes outside of Cork. So says Doug...should we take cash?... No say I because everyone takes cards....Everyone it would seem but Blarney Castle. So after a trek across a village green which had one solitary tree in the middle of it (we are convinced there was a bull hiding somewhere)we got into the grounds of the castle.
The grounds are beautiful and I took quite a few pictures.
After one attempt at climbing the tower to reach the stone (I had a panic attack due to the teeny tiny steps enclosed into a tower....then after watching lots of elderly people going up decided I had to) I psyched myself up and climbed the 100 steps to the top.
If you have not been to Blarney Castle or seen the where the stone is situated you may be in for a shock!!! The pictures below are of my hubby (he managed to not take a single picture of me after pressing the wrong button on my iPhone - since I was hanging upside down by the time he has realised I was most definitely not in a position to assist- and I wasn't doing it again!!)
After the required kissing of the stone we had a picnic in the grounds and a walk around to appreciate the beautiful gardens. 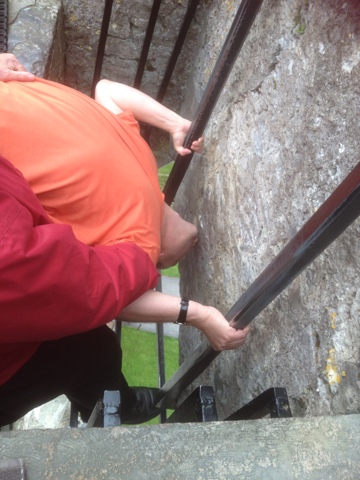 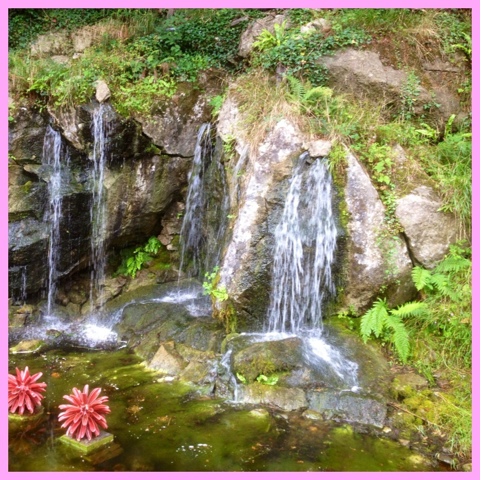 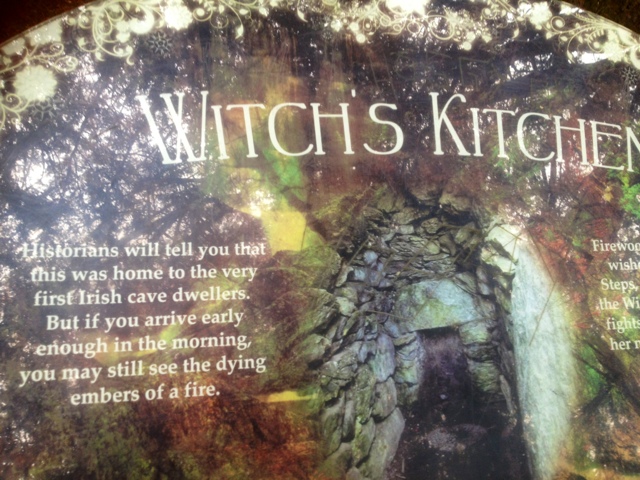 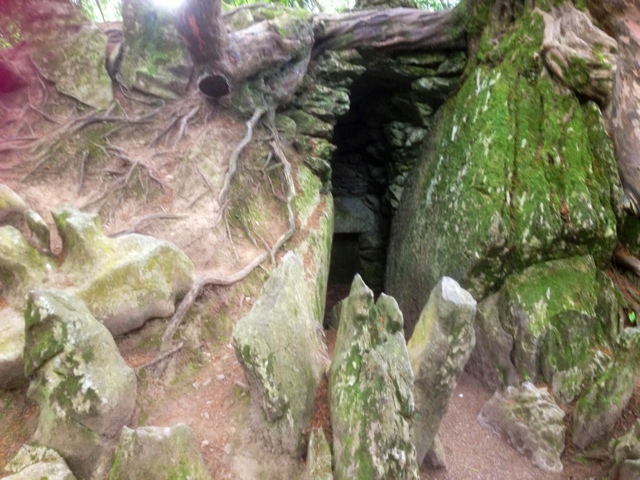 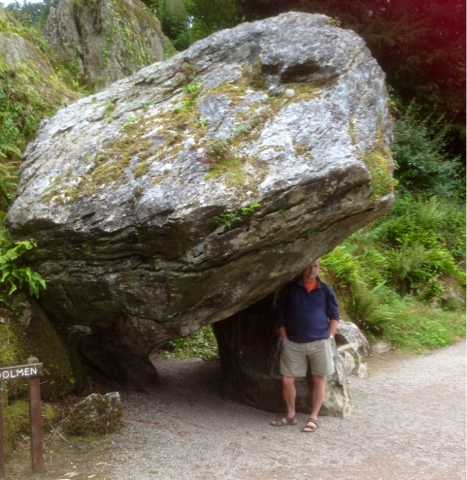