A lovely day out - our trip to Washington DC!

An early start! Luckily the meeting point to pick up our trip to Washington was 2 minutes from the Hotel on 8th Avenue. We had booked the trip through Viator and though we knew it would be a long trip (15 hours in the end) we were excited!!! Our guide for the day was Victoria who was brilliant - she spoke 4 languages and had two groups (English speakers and French speakers to explain everything to!) at the other end of the coach was another guide for the Spanish speakers!

The journey was long (4 hours) but we stopped off at a service station in Delaware to get breakfast and have a loo break. 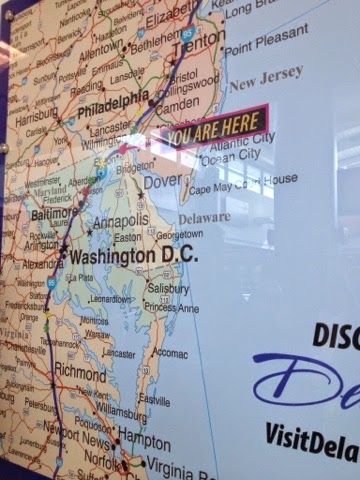 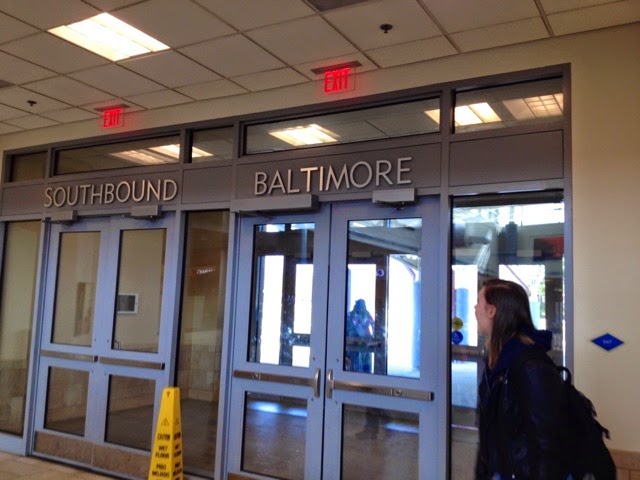 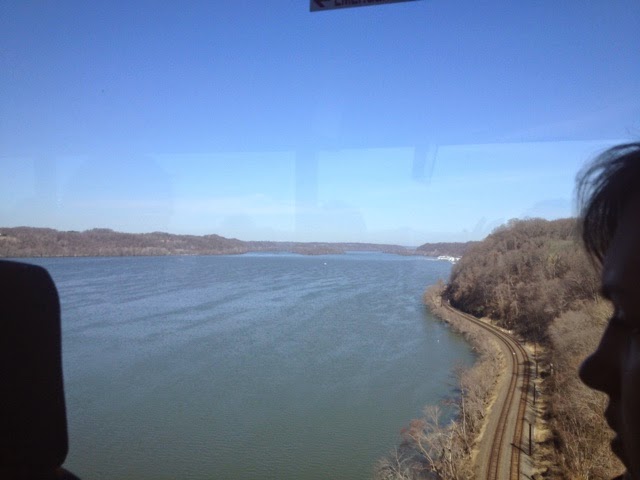 We crossed a big river...

And drove past Baltimore which we were told was the most dangerous city in North America. 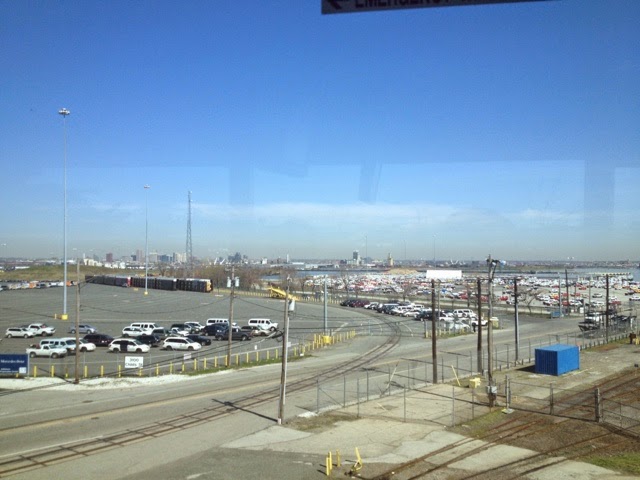 Eventully we reached Washington and crossed into Virginia for a quick gander at the Pentagon before parking up at the Vietnam war memorial. 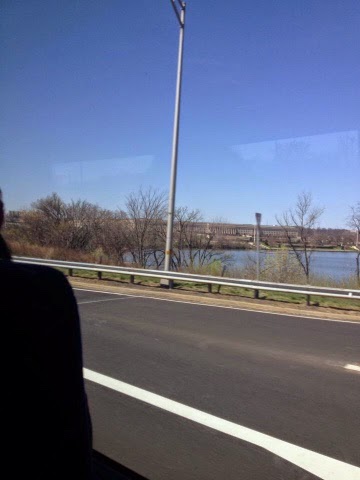 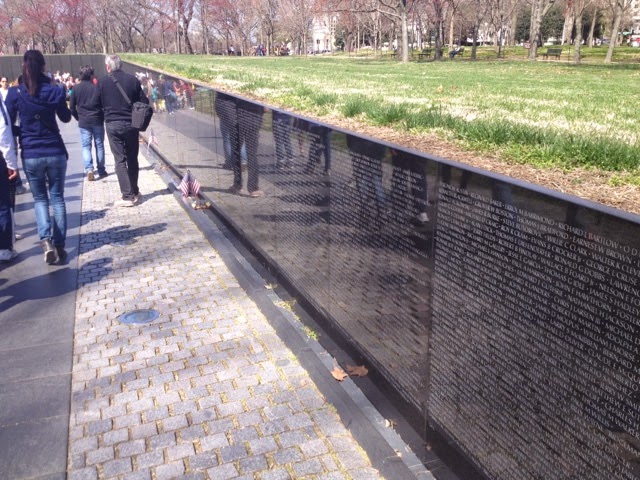 The Vietnam War Memorial is located north of the Lincoln Memorial. It includes the names of over 58,000 servicemen and women who died during the conflict.

The Lincoln Memorial was our next stop and it is located on the western end of the National Mall with the Senate at the opposite end and the Washington Monument inbetween.

It is pretty amazing!!!! 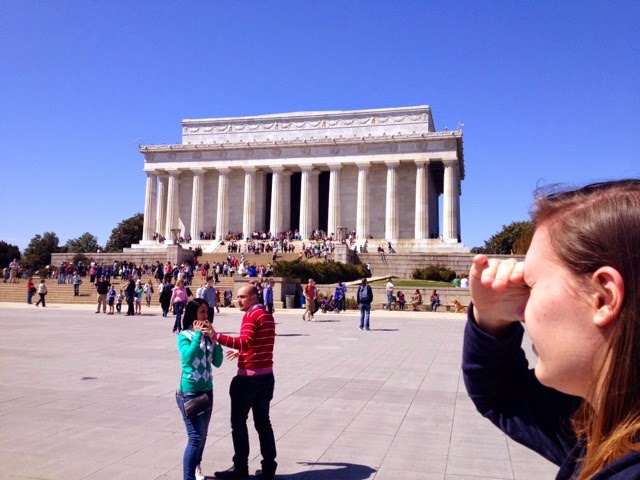 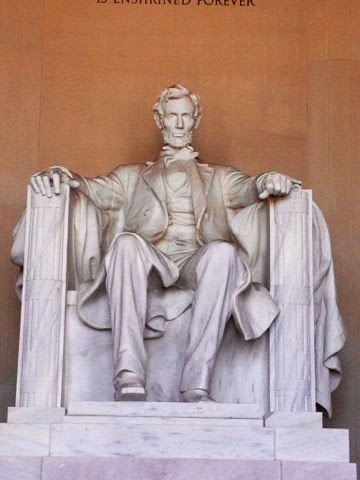 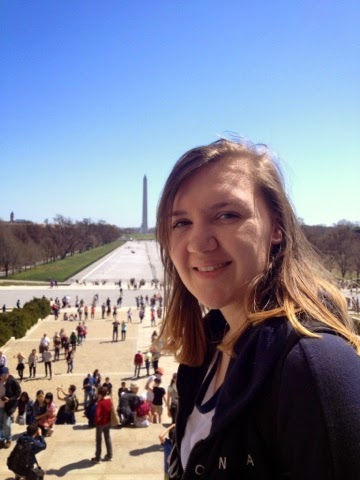 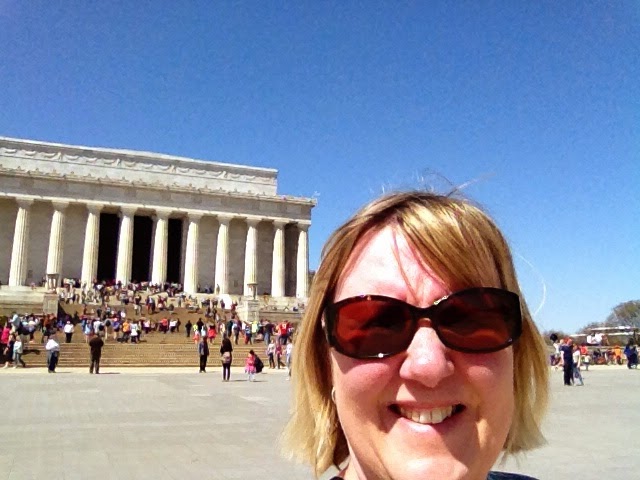 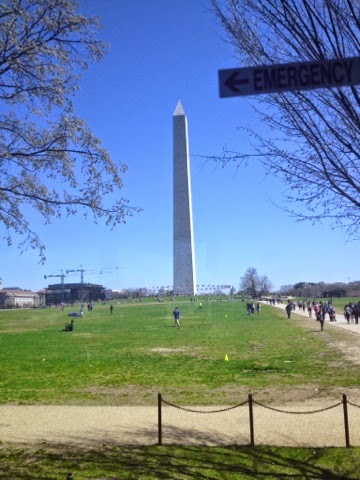 The Korean War memorial is a short walk away 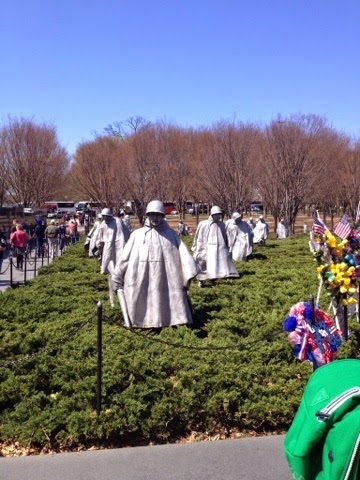 We then hopped back onto the coach to go and see President Obama who was at home that day!!

The White House is located at 1600 Pennsylvania Avenue and there is a park in front of it so we were able to walk up quite close....its tiny...really.... Apparently everyone says that...thats because it is...tiny! 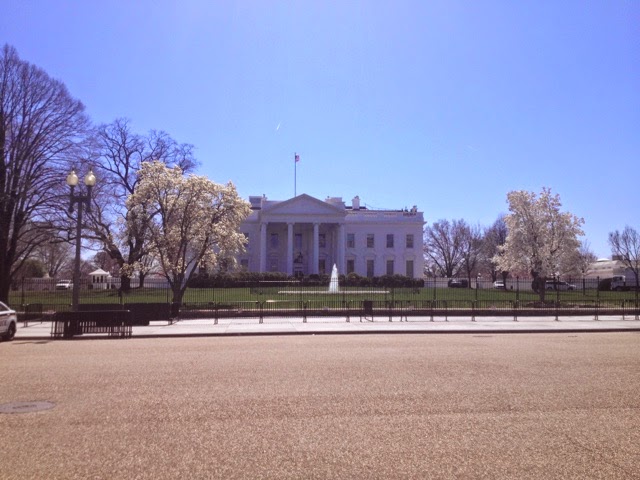 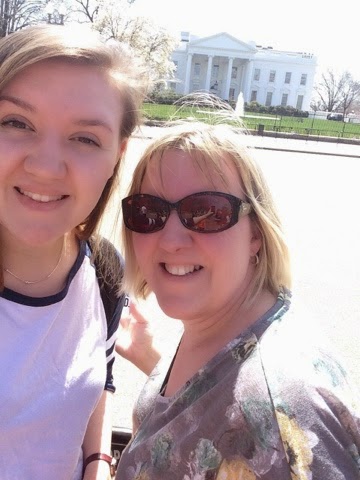 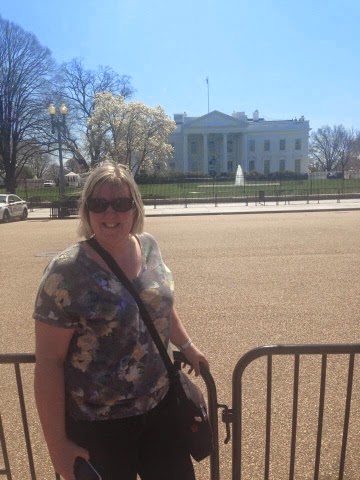 We then went to the Smithsonian Museum of aviation!!! You know the one in A Night at the Museum!!!! We had a good wander around and then had lunch before sitting outside and enjoying some welcome warmth from the sunshine! It was 22 degrees in Washington!!!! And a lot of blossom was opening on the trees! Pretty! 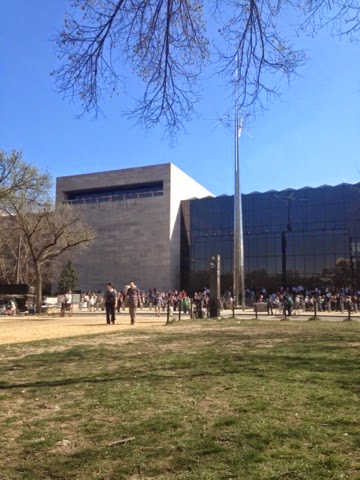 Not the most attractive of buildings!!! But the one opposite was!! 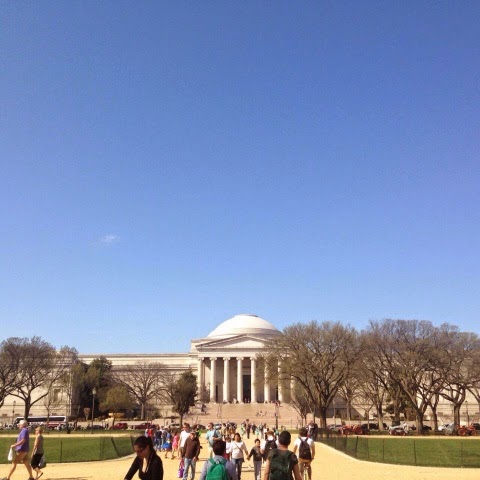 Unfortunately Capitol Hill was covered in scaffolding - very inconvenient for us tourists!!! 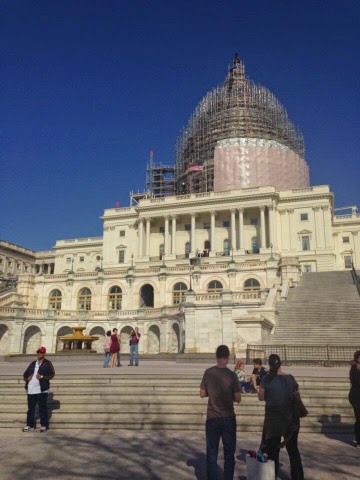 After this final stop off it was time for the long 4 hour coach trip back to NYC but we had a fantastic day. Washington DC is worth a visit and I would highly recommend this trip. We travelled through 6 states - New York, New Jersey, Delaware, Maryland, Washington DC and Virginia!!! We loved our time in NY but the contrast of Washington was simply amazing. And we have seen the White House!!!!!!
Posted by Unknown at 07:13